Many who come to stay in or near New Quay are interested in seeing wild Dolphins, for in all of Britain, the New Quay area is probably the best place to see them. In the New Quay / Llangrannog area they can be seen from the shore and from boats which take groups out from New Quay on a regular basis.

The chance of seeing Dolphins on any given day are good - especially in the summer when the sea is calm. A good vatage point is the pier, where one can combine watching for Dolphins with enjoying the tasty Fish and Chips sold by the 3 Fish and Chip shops close to the pier.

Information on sightings can be found at The Cardigan Bay Marine Wildlife site and from Seawatch - both in New Quay.

A boat trip usually ensures that both Dolphins and Seals are seen as well as seals and the many seabirds nesting and roosting at Bird Rock and beyond towards Llangrannog.

You can take boat trips to see Dolphins as below: 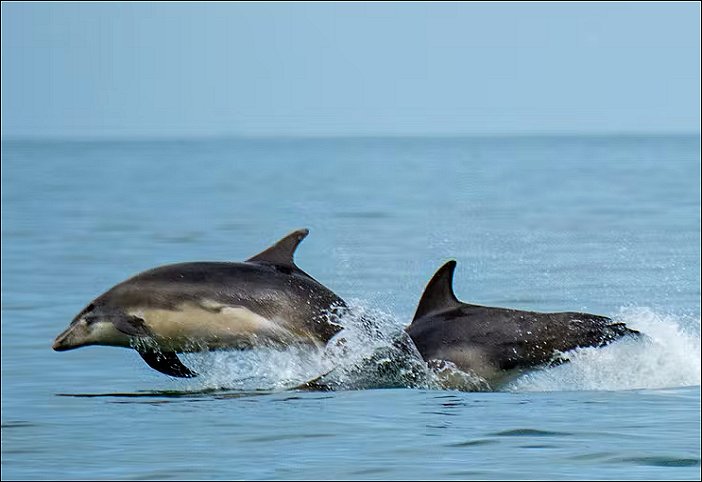 One and two hour trips on the Ermol and the Dreamcatcher. Book online or at the office at the top of the per Tel: 01545 560800.
Email: info@newquayboattrips.co.uk. 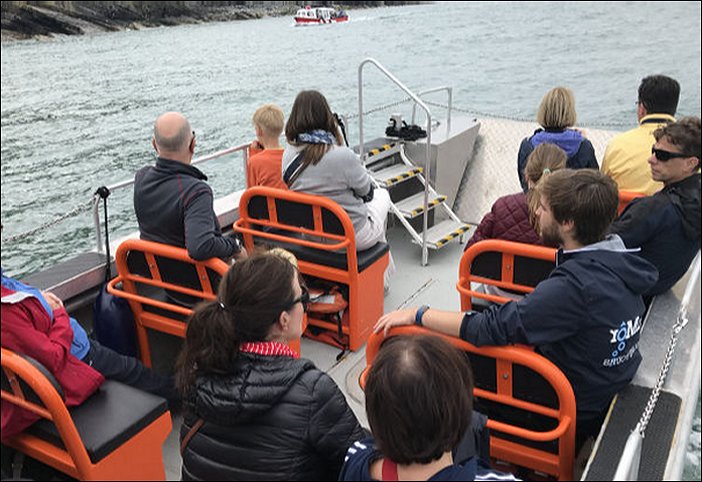 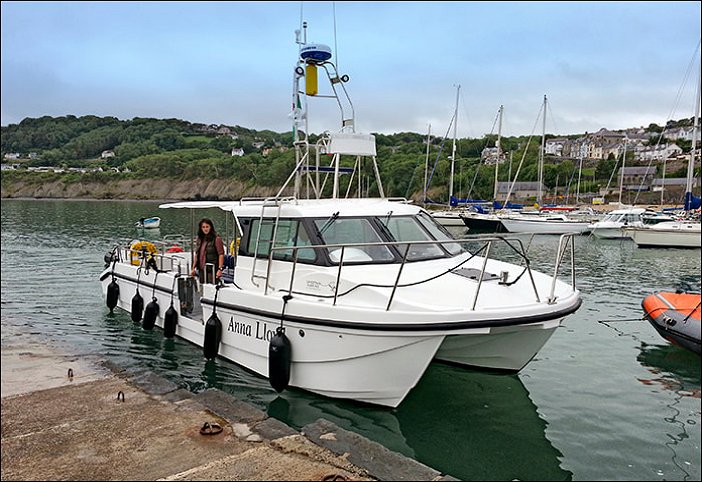 Cardigan Bay is one of two important locations off the British coast for Bottlenose Dolphins. The other area is Scotland's Moray Firth, which supports a population of around 130 animals. A survey by the University of Aberdeen has suggested that there may be as many as 127 Dolphins off the Cardigan coast, although other researchers have suggested that this number may well have been inflated by migratory Dolphins in the Irish sea joining up temporarily with local groups.

One wonders how many Dolphins may have been resident in the past when fish stocks were much higher. An Admiralty survey undertaken in 1748 notes that the herring industry in Cardigan bay employed 97 small sloops, 38 of which were employed between Aberaeron and New Quay. The record catch of herring was made on the night of October 5th 1745 when 47 boats of about 12 tons netted just under one and a half million fish, a total of 1,100 barrels!

There are certainly two major local groups of Dolphins, one off New Quay and the other off Llangrannog. Although these Dolphins may be seen locally throughout the year, they have also been observed off the Irish coast. Timings of these observations suggest they can swim across to Ireland in just a few hours. Our Dolphins are Bottle-nosed Dolphins - scientific name Tursiops truncatus, just one of thirty-two species of Dolphin world-wide belonging to a family of marine mammals called the Delphinidae that also includes the Pilot Whale and the Killer Whale or Orca.

The Cardigan Bay Monitoring Project is the flagship project of the Sea Watch Foundation based in New Quay. This is one of the longest running monitoring projects in Europe. The Foundation posts observers on the pier who record their sightings on a daily basis. On May 10th, 2022 for example , they recorded 7 groups of sightings varying from one to eight Dolphins each time. 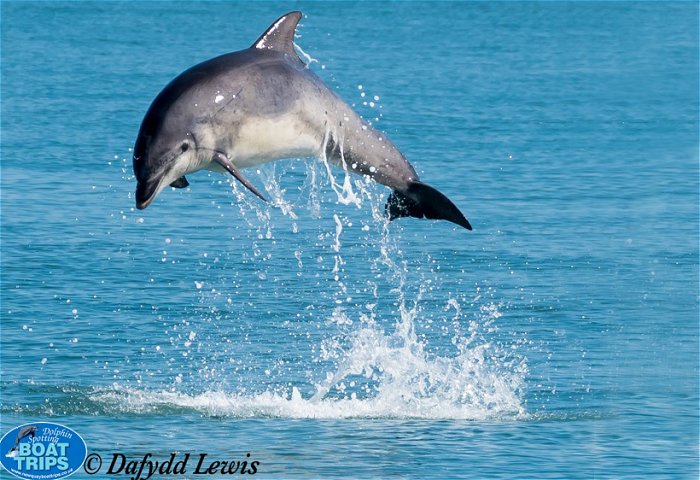 Dolphins jump out of the water for fun, to increase visibility, remove parasites, and improve navigation. 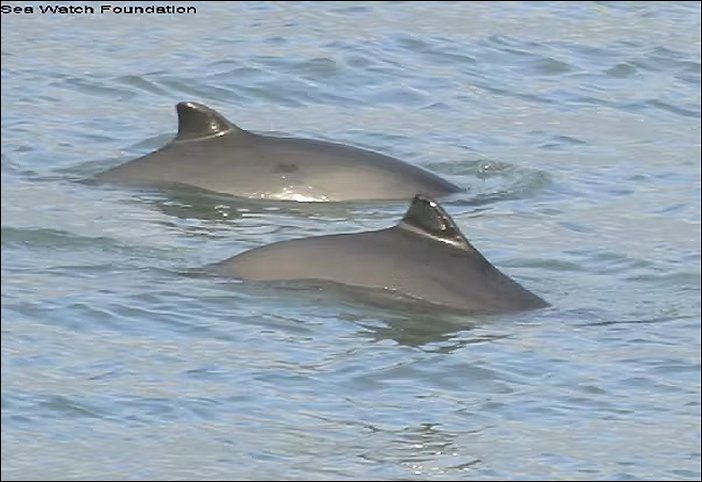 The harbour porpoise is the smallest species of cetacean found in European waters, measuring around 1.2 – 1.5 metres in length and weighing 50 – 60 kg. It is often confused with dolphins, particularly the bottlenose dolphin.. 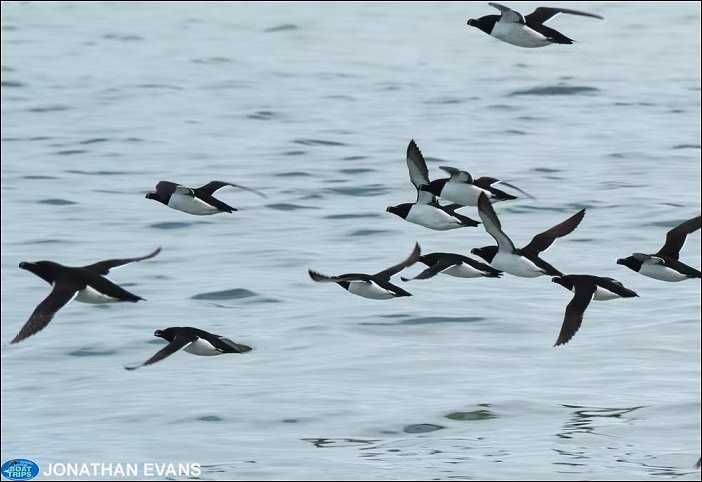 Many seabirds nest on the steep cliffs to the west of New Quay. These include Razorbills, Guillemots, and Seagulls. Other birds seen along coast here include Peregrine Falcons, Choughs, Ravens and Gannets.